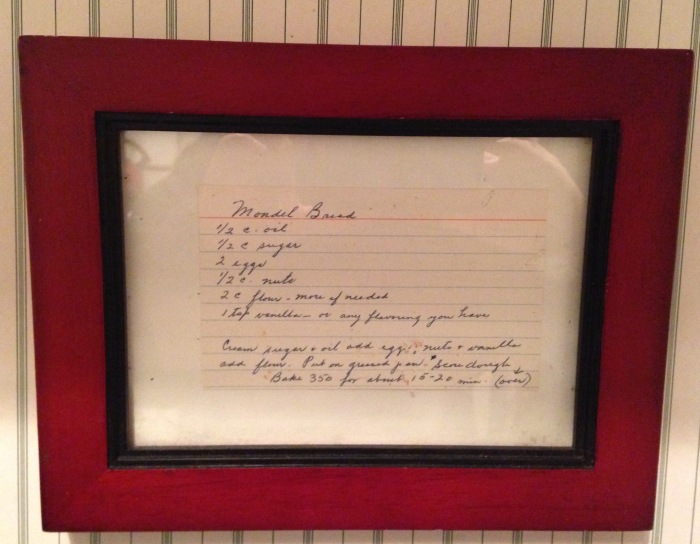 We hoarded them. We dreamed about them. We craved them.

All three of us were derumpled from our languorously dreamy Sunday afternoon. Candyland, Scrabble, and Monopoly mixed together and shoved  messily back into their boxes. Smudged faces hastily wiped clean with a wet washcloth.

Why do we have to get dressed up?  Because.

One of us has to be in the middle.  Through the car window we watch the linked telephone poles guiding us, rhythmically  moving us forward, further and further down the road.  Almost there!   On our knees we turn to look through the back window of the car. We’ve been waiting for it!  At last we look up.

A cathedral of elms links their arms together in verdant welcome,  arching over Lauder Avenue, the light tipping tenderly in and out of the shadows, Sainte-Chapelle itself on the streets of Detroit.

At last and then we were there.  Grandma and Papa’s house.

A run up the staircase—a Wide World of Sports slide down again on our stomachs, dipping sharp to our left just at the landing. Over and over. Like the rusty hinges on the vault of Croesus, the refrigerator door creaks open.  Bottle after bottle of pop emerges!  Pry off the caps and slurp straight from the bottle.

Papa is there, enthroned in his armchair, munching the heart of the lettuce, saved specially for him.  Lawrence Welk  bubbles onto the screen in the living room, just behind the Geritol ad, delighted as always to introduce, “The lovely little Lennon girls.”

Too soon, time to go.   Anxiously, from the depths of the kitchen, my Grandma Anne emerges, clutching the chock full tins that she pushes into our hands.   The  Mandelbrot.  We’ve been waiting for it.

Pressed into the tins, studded with chocolate chips and arrayed as a glorious fan, they are in fact the most tenacious of cookies, tough and  twice baked.  My sisters and I stuff them in as fast as we can.  My Grandmother wonders, will we remember? We will and we do.   Twice baked, these cookies last.

Over the years my memory has become sharpened at points, softened at others, like the undulating yet jagged edges of a fractal.  A simple equation resulting in infinite complexity.

No matter.  And the recipe itself?  Precisely written in my Grandmother’s even hand my sisters and I possess several versions on just as many scraps of paper.  Half or three quarters of a cup of sugar?    Walnuts or almonds?  Butter or oil?  My continued  mismeasuring is a messy equation  in and of itself.

And yet, no matter how much or or how little of each written ingredient I put in, every time I bake my Grandmother’s mandelbrot they seem to come out perfectly, just as I remember.  How can that be? 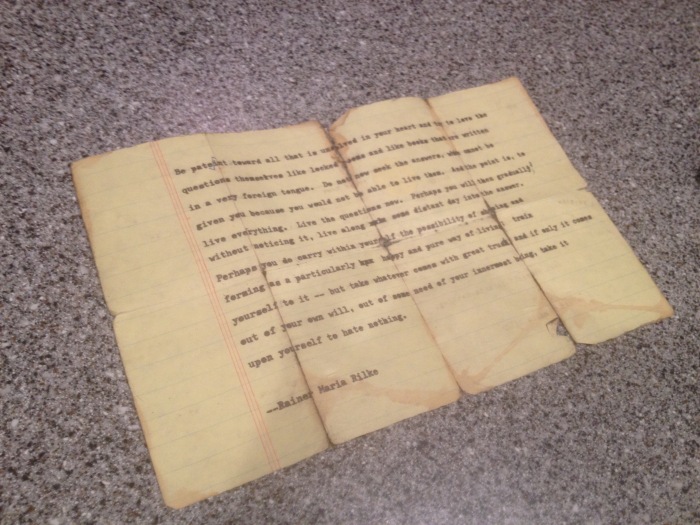 There was nothing more yearned for. Nothing better.  Saturday mornings we would rattle around the backseat of the big squared off Oldsmobile, sliding off the vinyl seats onto the floorboards at every stop light, mashing our faces into the windows every time that behemoth gingerly creaked  around a corner.  When the car finally shuddered and sighed to a stop  that was our signal.  Shove the doors open!

Just us. We were free!

Two ten year olds, each one of us with three single dollar bills curled into our hands. A small fortune. We wandered from  Maple to Woodward and back around to the park.  Press through to the doors of the Continental Market, to scurry like rabbits through that warren of tiny shops.  Scented candles, ladies magazines and beaded blouses.  A whole store that only sold clogs.  A general store that sold everything else.

At the store she would always buy a tiny bag of salted peanuts.   I had to have jelly beans.

Then a swing around to the twirly seats at  the Kresge’s lunch counter.  The counterman wore a bow tie.  He wore a paper hat with the slight power tilt of a king’s crown.

Red Pop or Faygo Rock ’n Rye was squirted expertly into a paper cone that was tucked into a metal holder.  Double striped paper straws.

A serious study of the menu always yielded the same results. Grilled cheese for her. Tuna for me. Both were cut on same diagonal and placed on the plates  just so. Tiny paper cups of potato salad and coleslaw.

If we put our last quarters together we could afford a scoop of ice cream to share. Some weeks her favorite, chocolate.  Other weeks my favorite, vanilla.  Two spoons, two friends.  Unfettered and on on our own. The world was ours!

I’m pretty sure no one ever actually knew where we were. The screen doors slammed and we were off. A few twists to the tetherball and we would start out.  Walking down the street  the group snowballed together, adding kid after kid, getting bigger and bigger.  We were all together.

Where would we go?

Sneak to the creek to catch tadpoles?

Jungle gym through the half built house down the block?

March to the drug store for Bazooka and Tootsie Rolls and Turkish Taffy?

The choice was ours.  The world was ours!

It was evening and the setting sun made the spring sky soft and hazy and cotton candy sweet.

From our house we actually could  hear the cracks of the bats and the muffled shouts, and imagine that we were enrobed by the puffs  of dust kicked up from sneakered feet.  We could go over and watch, our faces pressed up against the fenced backstop our fingers curling over the edges.

There are three fields, three games on each.  We drift from game to game as if we’re changing channels.

The players don’t preen. They play.  Their team t-shirts and hats worn with pride, the jeans are dirty and worn in the right places from sliding and climbing.. There are never any grown ups, save the coaches for each team. Why would there be? Little League, little kids.  Grown ups had other things to do with their time. And so did we.

At the end the wagon train of Chevys and Buicks and Fords circle up. They flip open their trunks to reveal true treasure:  can after can of ice cold pop!

The choice was ours.

Keys and cash and clothes and cars.  Go here, do this, remember that.  Juggle the schedule, balance the checkbook, add the tip. We are individual tornados spiking into the ground, information peppering and pestering at us from every side.

Is the choice mine?

No matter what, minutes and moments are always  there for the taking. I grab them, hoard them, treasure them.   Moments still to think and dream. To think and explore and to be free. The choice then is mine. the world then, is still truly mine.

No matter what, still and always unfettered and free!